At youcubed, we have pioneered the Mathematical Mindset teaching approach which was first developed and studied in a camp we hosted at Stanford in the summer of 2015. Below you can read more about the camp and the teaching approach, including evidence that teachers across the US successfully implemented youcubed-inspired camps in 2019. You can also watch videos of students talking about the camps and find out more about and training opportunities to learn how to teach our camp curriculum!

In a paper published in the journal Frontiers in Education, we describe a study in which teachers across the US implemented summer camps using a Mathematical Mindset teaching approach. The results were striking: students improved their performance on a test of mathematics understanding at the end of camp and also had increased mathematics grades in the following school year. Analysis showed that the Mathematical Mindset teaching approach, specifically students’ experiences with open tasks, was a significant factor in changing mindsets and engagement with mathematics. Click here to read the full article!

We offer workshops at Stanford University to learn how to conduct a youcubed-inspired summer camp in your own school district.  Each 2-day session focuses on the teaching approach that was used in our 2015 summer camp and implemented by teachers across the US in 2019. A study of the nationwide implementation showed a significant increase in student mathematics achievement after the camp and in the following school year. The workshop includes a copy of the camp curriculum, which is available for grades K-1, 2-3, 4-5, and 6-9. Our next session is on March 7-8, 2023— click below to register!

Planning to host a youcubed-inspired mathematics camp? Tell us about it here!

Read a news article by teachers who attended our training and hosted their own camp! A summer of math fun for everyone involved

In a summer program at Stanford, the youcubed team taught mindset and brain messages to local 6th and 7th grade students. They also – importantly – taught math in ways that supported the evidence. The camp had a huge impact on the students. After 18 days of math teaching the students improved their scores on standardized mathematics tests by an average of 50% (equivalent to 2.8 years of school). 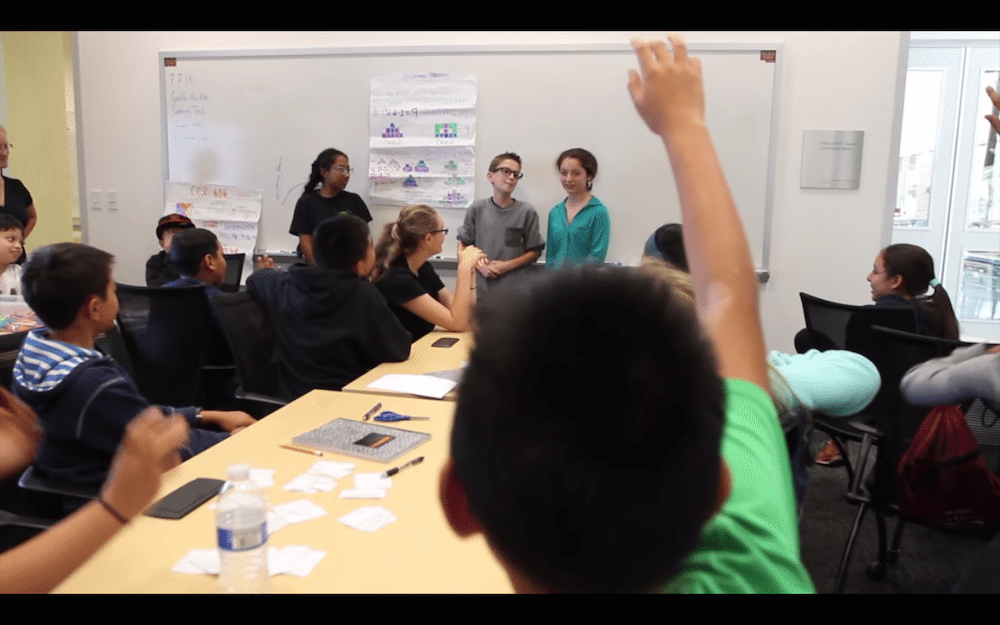 What made this camp unique?

Our summer curriculum was organized around three themes— algebraic problem solving, the visualization of mathematics, and making connections between representations and ideas. Woven throughout the curriculum and teaching are the actions and messages that help students develop a growth mindset. We shared with students that everyone can do well in math; that mistakes, struggle and persistence are all important; that mathematics is an open, growing subject, (as opposed to a closed, fixed subject); and that communicating, reasoning about, and justifying ideas are central acts in the work of mathematics. Our students participated in the free online course, How to Learn Math for Students, to support these important messages. Our students engaged in challenging tasks that included visual representations. Our classroom culture was based on group work where all ideas were valued. For more information on organizing groups go to our page on Making Group Work Equal. 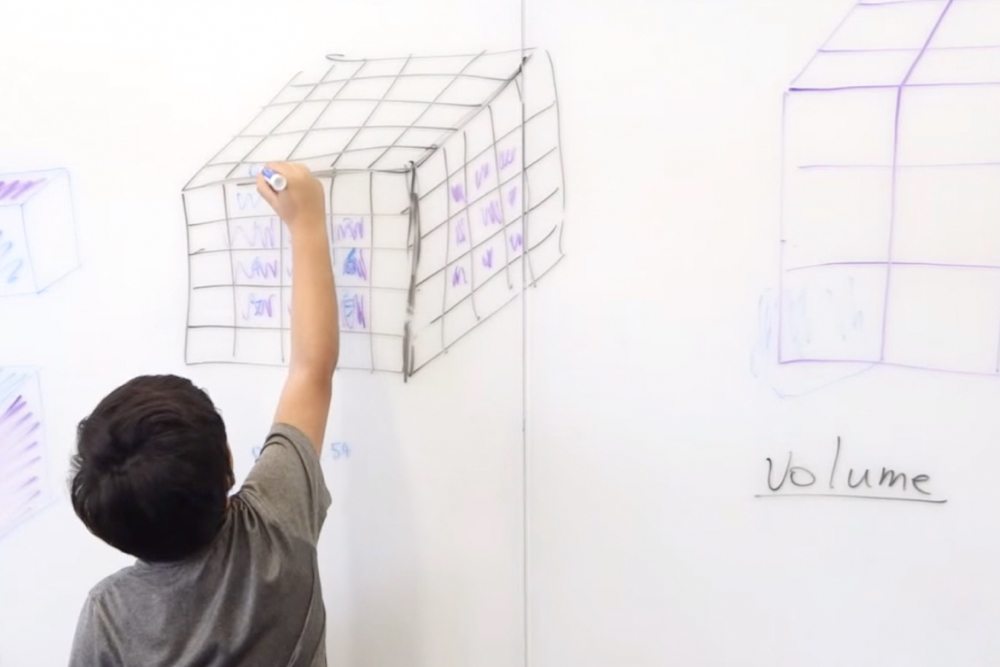 Do you want to try our curriculum?

Our curriculum was designed around problem solving. Students were given low-floor, high-ceiling tasks, showing them that everyone can engage and succeed in high-level mathematics.  The visual and open-ended presentation of mathematics helped students find their personal connections to topics, realizing their own potential, as well as their ability to contribute to the learning of others. To try our curriculum, sign up for a workshop or browse our site for ideas about low-floor, high-ceiling tasks. Also, see WIM for more information, including lesson plans and support materials, for many of our lessons. What did our students say?

“I think I’ve felt a big difference from this camp. Mostly because everybody here has been so encouraging and stuf. I would say before I was really worried to go into math class and learn and um be a person who asks a question and have that question be something that’s already been asked, or be thought of as a dumb question. But now I know that there are no such thing as dumb questions, and any question you ask is important, and it’s important to know that you can always learn and succeed in math.” – Katie

“I used to think that smart was all about speed, knowing things right away and knowing that I’m a really slow person, I thought that I was stupid and it’s really different. It’s completely different ‘cause now I know that smart doesn’t have to be right away, now I can take my time, it feels good.” – Danielle

“So feeling locked up doesn’t help your understanding of math. You have to do the same thing every day if you’re basically locked up. I think it’s a lot easier to understand math when it’s visual and you can pass ideas by, like just roam free and come up with other answers that you wouldn’t have came up with if it wasn’t a visual problem.” –Isaac

“I guess in a way making the mistakes in it was super fun, and just learning from the mistakes, it was interesting, ‘cause I’ve never had such a visual version of math, where making mistakes was so acceptable and you were able to look at it as, as you were so close but you could get there from learning from that mistake, and I’ve never had that experience in another classroom and that’s probably what made it so special.” – Isaiah

“I like it because the problems are harder here, not harder but like more challenging, and if you don’t know the answer, you can raise your hand and we’ll think about it together, and try to come up and we’ll do talks in our group, and we’ll all try to figure it out if we don’t understand, we’ll try to explain it to each other.” – Gabrielle